Digitisation and a growing buy in from organisations to encourage remote work and hybrid work models offer even more opportunities to recruit people who are the right fit, no matter where they live.

I am working with a client in the finance industry in Melbourne who has been embracing the hybrid work model, giving their employees flexibility to decide if they work from home or in the office. Not only does this enable existing team members to live wherever they like without having to consider the daily commute, but it also allows the organisation to change their hiring strategy. In the last 6 months, they have hired several interstate employees and even a few people located in India and the Philippines. The organisation is now able to hire on merit and best fit, rather than geography.

‘Realise that hiring a more diverse team will give you a whole new repertoire of innovative ideas.’ – David Livermore

Besides the obvious fact of widening the talent pool, there are many other added benefits to teams with multi-cultural layers:

With increased flexibility comes greater opportunity to attract top talent but it also comes with the responsibility to lead these more diverse teams. Organisations must equip their leaders with the right skills to lead multi-cultural teams. Leaders don’t just facilitate collaboration between people with different backgrounds, they forge a new team spirit and mold cultures where everyone respects one another and uses their strengths and emotional intelligence to work together.

What is multicultural leadership?

A simple definition describes it as a leadership framework that respects the differences between cultures and attempts to make room for different cultural perspectives within the context of an organisation. Multi-cultural leadership requires the leader and the team to understand, respect and embrace different approaches to communication, decision making, time and feedback. Team members need to understand their differences and commonalities and agree on the best way forward to ensure everyone feels respected and safe and has a clear understanding of how to achieve organisational goals together.

‘When we listen and celebrate what is both common and different, we become a wiser, more inclusive, and better organisation.’ – Pat Wadors

What it means for your teams

Multicultural leadership in teams doesn’t mean tiptoeing around each other or constantly taking the backseat for someone else. It’s about understanding everyone’s culture, speaking about what people have in common and what is intrinsically different and finding the best way to work together.

Communication is only one of 8 the dimensions Erin Meyer incorporates in her Culture Map, a framework that helps multicultural leaders to decode how people think, lead and get things done across cultures.

Here is an example of the 8 dimensions comparing Australia and China: 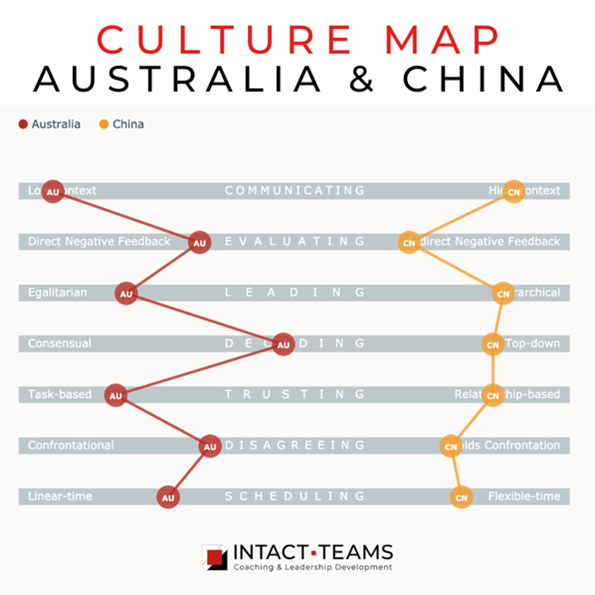 You can see how far apart the graphs are in all 8 dimensions and the biggest difference is communication. Australians have low context communication, meaning they are direct, to the point and literal in their way of communicating. In contrast, Chinese language is high context, indirect and saying it without saying it. You need to be able to read between the lines so to say. And this was obvious working with the aviation team. The Chinese team members often felt misunderstood, the Western team members trying to sum up what had been said to get to the point, only to get it wrong and coming across as brash.

In one of the team coaching sessions, I explained the context of differences in communication and leadership using the 8 dimensions and the team had an open conversation about how they feel when communication doesn’t flow. The Western team members agreed to stop pointing fingers and giving executive summaries for their own sake but rather ask their Chinese colleagues to elaborate if they didn’t understand a certain point. The Chinese team members learned to not take the direct comments from their counterparts too personally. The a-ha moment was when the team had clarity on the differences and were able to create strategies to close the cultural gap.

‘A diverse mix of voices lead to better discussions, decisions and outcomes for everyone.’ – Sundar Pichai

How to lead teams across borders

First of all, it’s about understanding the DNA of your team, understanding the cultural backgrounds of your team members and how that might impact their level of communication (low or high context), the way they look to leadership (egalitarian or hierarchical) and how they are used to making decisions (top down or by consent). I recommend using a framework like the Culture Map to get a general idea without putting people into boxes and have individual and team conversations about the potential differences and commonalities. Focus on those top 3, if 8 dimensions are too complex.

Help your team understand how cultural differences show up and how they impact leadership and team performance. Then agree on a way forward and ‘set rules’ on how to communicate effectively and how to make collective decisions. Once people know what the decision-making process looks like, e.g., timeline, involvement, milestones and final decision, there won’t be any surprises. Set some ‘rules of engagement’ when it comes to communication, so conversations don’t get ‘lost in translation’ but all team members know how to adjust. Design your team meetings in a way that everyone has airtime. If you set your expectations with a clear agenda up front of what your team members have to contribute, you can call on everyone in the meeting.

If you notice a disconnect, tension or disengagement in your multicultural team, check where in the 8 dimensions this could stem from. You won’t have all the answers right away, but a good idea of where to start the conversation to close the gap.

If you want to work with me, contact me at info@intactteams.com 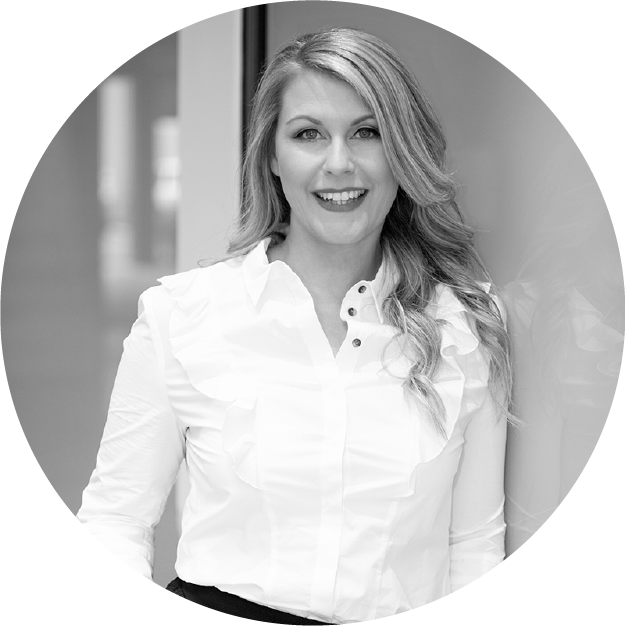